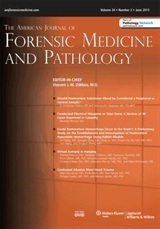 We report the case of a 34-year-old woman who presented after a witnessed out-of-hospital arrest. Initial cardiac rhythm at the time of resuscitation was ventricular fibrillation. Subsequently in hospital, she developed further episodes of polymorphic ventricular tachycardia and ventricular fibrillation. Urgent echocardiography showed features suggestive of an inverted takotsubo cardiomyopathy. Twenty-four hours after admission, there was a further episode of polymorphic ventricular tachycardia from which the patient could not be resuscitated. An autopsy confirmed the cause of death as inverted takotsubo cardiomyopathy. We present the pathological findings from the postmortem autopsy.